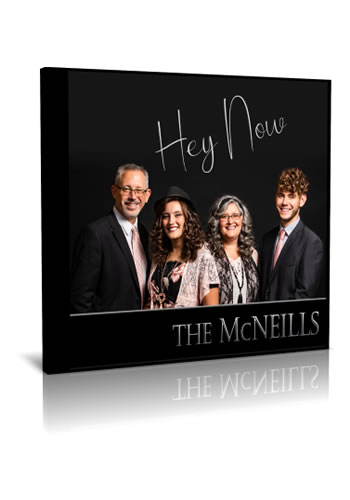 The fifth project released by The McNeills.    They join up again with six time Grammy nominee and multiple Dove Award winning Producer, Ben Isaacs of The Isaacs, for this release.  The McNeills had some of the most amazing musicians, writers, sound engineer and producer come together and the resulting CD shows it!

"Hey Now" by The McNeills